Sifting Through The Ashes, Part Four – Words of a Wise Woman

Posted on 2016-12-17 by BeeManDave
Greetings and Salutations;
We,  in the South,  are blessed with some of the best minds in America.   A (somewhat distant) friend of mine,  Park Overall,  is a strong activist for water quality in East Tennessee,  and produces some of the most thoughtful and wise commentaries on issues of the day that I have read.    She just posted some comments on the political coup going on in North Carolina  that I found insightful enough that I am re-posting them here.   Read and enjoy (or weep)… 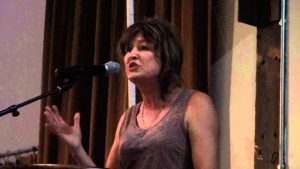 “I am just going to say it. That’s what I am going to do. This NC thing is proof positive of what I’m going to say. See, Dems like their politics messy. That’s how they like it. The Hells Angel said to me, when I told him a police officer had told me they were nothing more than organized crime, the Hells Angel said, “He said that?” I nodded, and he said, “More like disorganized crime.” And that’s how dems are. Disorganized and for the common man. Sure, there can be a bad apple in every bunch. Sure. But, the thing is for all you republicans that live in this fantasy America, understand what is happening to you. The republicans have redistricted every area they can. Ann Richards said in TX, you could drive a car through a democratic district and open the car door and hit every democrat in it.!

The republicans have followed a dangerous course, bowing to the Kochs, banking on corporations, which have broken the unions. You people that think voter fraud is an issue are nuts. How easy was that for me in CA? Not even possible. In Greene County? not even possible See voter fraud is ludicrous. Ludicrous. But the republicans want the poor and elderly’s hours cut at the polls. They want to limit who can vote. And they don’t want black and brown people voting for that is a new world order that they cannot handle. Those little people cannot be allowed to take over the country.

I was on the Subway in NYC as a young actress, and I looked around in that subway car and realized I was the only white person in it. That was a first in all my life. And for a moment that fear, that primal, oh my God thing, came over me. And you know what happened. Absolutely nothing. Nothing happened. And in a way the chains of the South and it’s narrow, limited choking message, were broken forever. Now, the Republicans have elected a narcissist to the WH. Fine. I’ve met a lot of um. They are easy to play – at least when you’re a young woman. But when he surrounds himself with dangerous, narrow, idealogues, you have a problem. You have an oligarchy and plutocracy. So- what can happen? In my book, the worst can and will happen. You have a master showman for president, and at last, the 24 hour news teams have 24 hour news. They can fill every minute with him and their mindless minions and his. And I don’t know what you republicans are thinking. The only thing that is at stake is the planet. Let’s start there. All you republicans who sit by the Lord are encouraging this planet to be doomed. And then comes your retirement, your SS, your way to your grave is going to be taken from you. When you have no unions you have no solidarity. You live like you’re in the 50’s. And you have blinders on. Actually, you have blindfolds on…….And it’s going to cost you dearly. NC has passed a law to limit the power of the new democrat. Now, folks, that’s when all is lost. Really lost. Your state house has been like this for years. The meaness that the organized republicans put on Gloria Johnson and Eddie what’s his name, love him was out of line. Out of control. And it was pure dee ole meaness. If anybody out there is listening, – we are in a world of trouble. And might I say, for your NYear’s Resolution, you might want to open your eyes.”