Gun Clubs for People Of Color 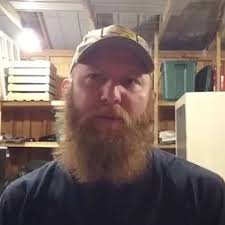 Beau Of the Fifth Column

We are seeing more and more news reports of people of color being gunned down by the police.  Common threads in these reports?  There are a few:

This post was actually motivated by a video discussion about People Of Color setting up their own Gun Clubs,  by a wise fellow on YouTube.  Beau of the Fifth Column (Click on picture at top to see his YouTube channel)  is well worth subscribing to,  and watching.   His commentaries are insightful,  well put and right on point.

This having been said,   I have some observations about the topic of People of Color and their interactions with cops in America today.

I am an old,  white  guy,  so,  I DO understand that I only have a dim view of the reality of the tense relationship between People of Color and the cops.   I, for example,  have only had three times in my entire life that I have been pulled over for no valid reason.   I have had a few other interactions with the cops,  but,  in those cases,  it was “fair”.   In every one of those  interactions, though,  I have never had a cop pull his or her weapon,  call for backup,  or show any signs that they had a bad attitude towards me.

It was not until I was in College that I interacted on a personal enough basis with People of Color that I learned about things such as “The Talk” which is a standard part of a black child’s growing up.   It was then that I learned that, for People of Color,  it was a normal part of life to be pulled over when driving, and that it often happened on a daily basis;   That it was a normal part of life to be followed by sales associates, or, store security, when they went shopping;   That it was a normal part of their lives  to be wary of being in certain parts of town during the late evening;  That calling the cops was, in almost all cases, a Bad Idea.    This was,  by the by, in the mid-1970s,  and so at the time,  I had this foolish idea that crap like that had been pushed out of our Society.   The Civil Rights movement,  and the Hippie culture of the 1960s  had, I thought,  produced real change in our society.

Now then,  I hope, y’all took the time to watch Beau’s commentary of the idea of Gun Clubs being set up by People of Color,  FOR People of Color.    My remaining remarks are focused on his discussion of how to interact with the police, and ensure that they are following the same rules everyone is supposed to follow.   One thing that Beau did not speak to, in his discussion of why the cops are so likely to kill a Person of Color these days,   is that this is a basic part of the training they receive as LEOs.

A huge part of the problem is that some years ago, ONE Psychologist developed this idea that, for the police, the best way to handle almost any situation is with the threat of,  and application of,  lethal force. He has traveled all over the country, holding training sessions for departments, based on this theory, and, acted as an “Expert Witness” in the few times that a LEO has been accused of a bad shoot.  End result: Cops are TRAINED to use lethal force as the FIRST option…not the last.

Mr. Lewinski’s theory that “If I see a gun, I am dead” may have a distant echo of truth to it.   However,  his expansion of that echo to a half-baked rule to live by,  puts the lives of ALL citizens at risk.  Adding  to that the well documented fact that much of society adds many years to the apparent age of a Person of Color, and, the racial prejudice that is an undercurrent in our society,  brings us to a state  where we have one or more cops,  looking at a Person of Color,  who they think is 10+ years older than they are,  and is a threat.  So,  tensions rise, and the slightest miss-step is enough to cause the cops to blow many holes in the victim.   It does not help that when backup shows up either. When that happens, we often end up with several cops,  yelling contradictory orders at the victim, and expecting immediate compliance –  ready to kill if the slightest resistance is seen.  Few LEOs have addressed the question “When one of you is telling the victim to   do not move, and one of you is telling the victim to get down on the ground;  WHICH command takes precedent?”

It seems to me that  the training has evolved from “use the threat of lethal force” to ensure compliance, to “Kill the suspect,  claim you feared for your life, and, enjoy the few weeks of paid leave you will get for it”

I find it interesting that in many other industrialized nations,  the police force depends far less on lethal force, and, still manages to deal with citizens who are breaking the law!   Of course,  there are some differences between the United States and other countries on how they train and hire their cops.

What do we do now?

These problems have grown over decades of allowing all the negative forces in society to achieve positions of power and control in the LEOs of the Nation.   I would like to see at least the following changes made to improve the situation.

About that last point…  When I was a very young man,  I learned from cops that they had three rules that they used to determine how to treat a person of interest.

Now, alas, that third rule seems to have evolved to “Everyone is a homicidal maniac,  likely to magically produce a gun and start killing everyone in sight.   Going home to your family after shift is more important that public safety,  so, it is better to kill them, and move on, than risk being killed”    This is made even more dangerous by the view that many have of any Person of Color being a giant monster.

I hope, if any of this makes sense to you, and seems like a good idea,  you will take the time to communicate with your local and state governments to let them know of the problems, and that you, as a Citizen, are not willing to allow our society to live like this.

2 Responses to Gun Clubs for People Of Color