The current pandemic has had a striking effect on the world in general and America in particular. Along with the horrifying volumes of infections confirmed, and deaths recorded that mount up every day, there are some (shall we say) sketchy opinions being spread around the Net. I thought I would address one such post here…both to show the level of misinformation available, and my attempts to combat this nonsense with truth and facts. I have tweaked my comments a bit from what was originally posted, to expand and clarify some points. The posts from the other participants are verbatim.

Enjoy the ride…for what it is worth.

LM: Ahhh, not everyone takes the influenza vaccine. Not everyone should be required to vaccinate for covid. Doctors are finding this to be very similar to the common flu we are all accustom too. Spread your fear, run and hide and live in tyranny for your safety…
bored of misinformation on this shite now. 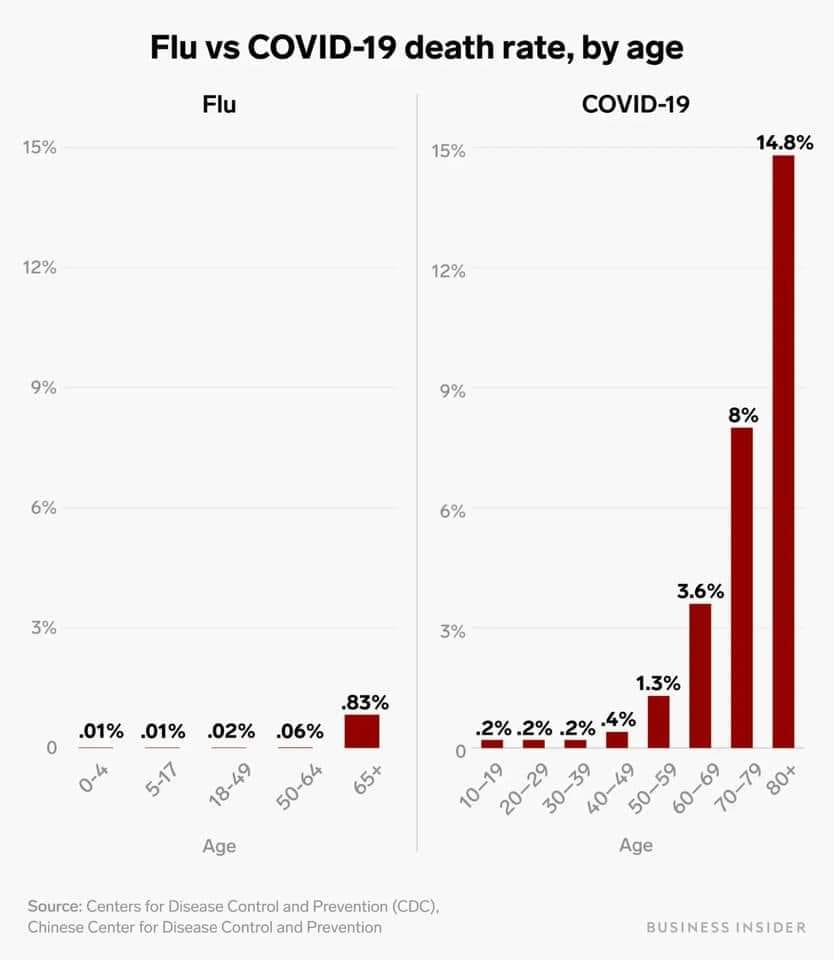 LM: SF: what’s the context to those stats.

Or simply the fact that someone had covid present in their system at the time of death?

SF: LM: It shows that COVID is 10 times deadlier and twice as infectious.

Dave Mundt: Since most of the folks that are blowing off the dangers of covid-19 are Rabid Right-Wingers, I am all for them not getting vaccinated when one appears. If nothing else, it will improve the gene pool by leaps and bounds as they die off either directly from the effects of the disease on the lungs, or, within a year or so from the damage it appears to do to many other internal organs.

LM: SF: infectious maybe, deadlier… eh. It just shows that they slap covid as the cause of each death, rather than the true cause. Yet it is becoming increasingly apparent doctors are mis diagnosing autopsy’s to increase statistics.

Article: We Are Underestimating The Death Rate for Covid-19

Here are doctors (Dr Erickson) who tested over 5000 patients

Dave Mundt: LM: I agree that fear is dangerous and toxic…in many cases. In some cases it is a useful tool, enhancing our perceptions, and warning us, even on a subconscious level, that we are in a sketchy situation and need to USE those enhanced senses.

While the opinion piece from weforum.org is quite measured, and makes some excellent points, it is dated 04/April, which in terms of the activity of this virus is an eternity ago. I also have a small issue with the headline…because it really should read “Why we MAY BE overestimating the mortality rate…” The article is clearer about this, but, alas, too many people only read headlines these days.
Since 2020/04/04, when the article you link to was written, there have been some significant changes not addressed in it.

This pandemic has grown so rapidly, aided by the incompetent actions of the administration, including the massive cuts to funding for research, that we are struggling to play catch up, and understand how this virus works. In the coming months, I am sure we will find much more excellent data that adds to our understanding. The sad thing is that, today, we are playing catch-up. Because of this, we have at least 957,875 confirmed infections, and 53,922 deaths. The last time America had a crisis like this, that was the most widespread in the country, and has impacted, on a personal basis, the reality of Americans as a society, was the Vietnam War. For a comparison…it took 20 years for that war to wound 150,000, and kill over 58,000 citizens. We have left the number of injured in a cloud of dust, and, are on schedule to beat the War’s death toll by the first of May. Consider that this is barely 90 days into this cycle of the spread of covid-19.

My attention was originally caught by the casual way that LM: blew off covid-19 as being nothing more than the flu…There is so much data demonstrating how wrong this attitude is, the fact that someone could hang onto it is kind of amazing and sad. This questionable opinion is one that I have seen time and time again over the past couple of months, since the upwards curve of the infection graph started. His conspiracy loony comments that end off his original comment demonstrate the lack of substance his thoughts have.

I must say that, sometimes I wonder which is the worst plague on the face of America today. Is it the Covid-19 that is spreading like wildfire through the citizens, injuring or killing so many of them? Or, is it the willful ignorance that too many of these same citizens cling to…as exemplified by this thread.

God Help Us All!