Sifting Through The Ashes, Part Thirteen – The Republican Party

This article “Let’s just say it: The Republicans are the problem.”  came across my desktop today. It was so relevant to the insanity in the Political World today that I thought I would send it out into the Cyber Ocean myself.

Written some  four years ago, By Thomas E. Mann and Norman J. Ornstein,  in an opinion piece in the Washington Post,   the observations voiced in it are still  very true and worryingly relevant.  The situation has, alas, gotten so much worse since then. The Republican party has become a collection of raving, mad fanatics, who, like the mindless Zombies in “The Walking Dead” and similar programs are moving towards destruction of our world.  Although they claimed they were wanting to “Make America Great Again”,  so far, there have been no signs that this is happening.   All the changes they are implementing help the 1%ers, and hurt the rest of us..

Can America survive this collection of madness, intolerance, and the lack of governing skill? I 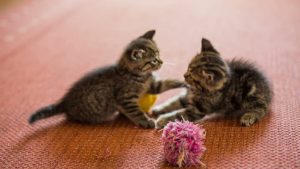 fear that the answer is “No”, and that the coming Winter will be one of the worst periods for America that it has ever seen. The Democrats have their problems, of course, but in comparison with the hive of madness that the Republicans are caught in now, they are like a couple of  kittens spatting over a catnip toy.

What, then, can we, as Citizens, do about this problem? Let me hit some high points here.

Will this happen? I doubt it, because Americans are liars. They lie to each other, and they lie to themselves about what they really want. The claim was that they wanted change in this last election. Yet, what they voted for was a crazy combination of clinging to the status quo, and wanted to burn the house down…never mind the fact that they are locked in the living room of that house!  The Republicans are not likely to support such change,  as they benefit from it.  After all,  they took control of the government in the last election  thanks to those weaknesses in the system.

We do not have to be the “perfect activist”.  We do not have to be out chaining ourselves to construction equipment;  or being arrested at protests;  or chasing down our Representatives all the time and pressuring them to support or oppose a given issue.    It can be as simple as spending five minutes  sending an email or calling one’s Representative,  and letting them know what your feelings are on an issue when we see news of something important to us.

It can be learning the skills to talk with people of opposing views, and not simply end up in a screaming match.  One of these is to start the conversation with the understanding that neither of your is going to change the other person’s mind!   A good technique is listening to what they say,  and then restating it back to them.  In theory,  this shows them that you ARE listening to them and their concerns,  and are not simply dismissing them.   This is pretty difficult to do these days, alas,  as there was so much emotion in the past election, and the chaos that started with that unexpected result is still stirring up a really deep and dark pool,  that it is too easy for the conversation to deteriorate into taking stances,  and name-calling.

I hope I am proven wrong, of course, but, one of my rules for living is “Hope for the best, but expect the worst”. So far, my expectations have been met.