Why does the World think America is nuts?

Posted on 2016-03-18 by BeeManDave
Greetings and Salutations
The following image/meme was posted on my FaceBook thread today,  with a one word comment of “Truth”.   It has motivated me to write a long-overdue Blog post.    What follows is the reply I posted to the image….  In addition  I wanted to add,  as my title indicates,  I believe this is an excellent example of why it is that the on going clown show of the Republican fight to come up with a candidate for this November’s presidential election is causing such a stir in the other countries of the world. 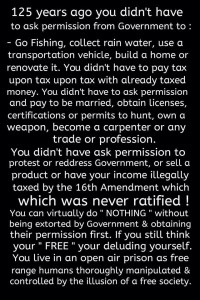 An Example Of An Ignorant Rant